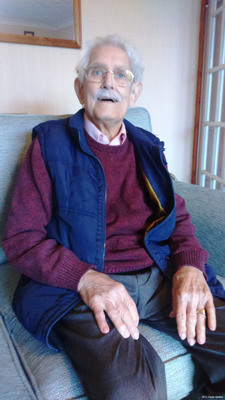 Douglas (Jim) James was born in India and returned to England when he was nine. After school, he jointed the RAF as an air gunner, forging his father’s signature on the application. Jim carried out twenty nine operations on 460 Squadron, flying in Lancasters. He tells of his training and some of his operations, but also many stories of his crew, various escapades and near misses. Jim went back to India after the war and spent colourful times overseas, working mainly in the legal department of the RAF, including some of the aftermath of the war in Japan.