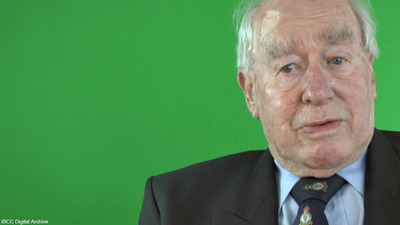 Dave Fellowes flew operations as a rear gunner with 460 Squadron. He and his crew survived a mid-air collision with another Lancaster which resulted in an emergency landing at RAF Manston.