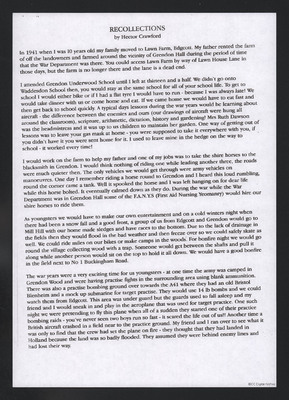 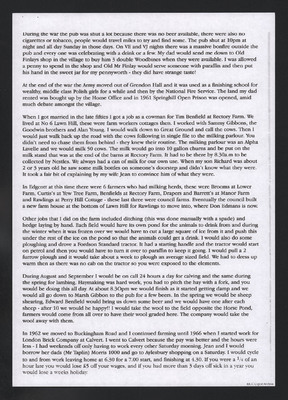 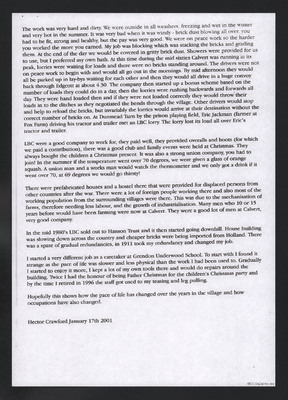 Hector's stories about growing up in wartime Edgcott. His family moved there in 1941 when he was 10. He covers his school life, working on his father's farm, mock fighting, playing on a bombing range, working as a cowman, tractor work, working in a brick factory then finally as a caretaker at a school.