The collection has been donated to the IBCC Digital Archive by Jean Crawford and catalogued by Barry Hunter. 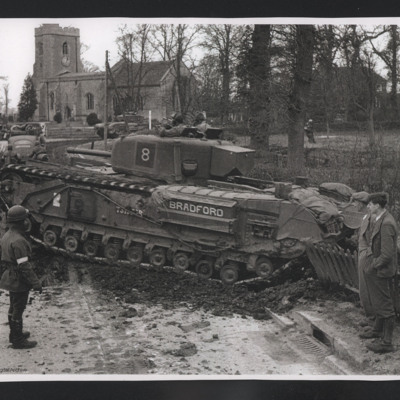 A tank named 'BRADFORD' blocking the village road watched by a soldier and two local men. Behind is a second tank and the village church. On the reverse is 'Canadian Churchill tanks passing through Grendon Underwood March 1943 Operation Spartan… A formal group of 34 men arranged in four rows. In the second image each man is named in a printed caption. 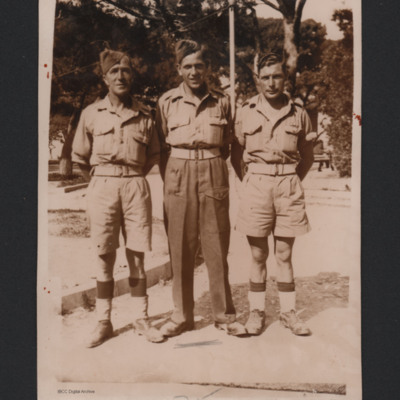 A certificate issued to an individual for providing comfort and contentment to commonwealth military personnel. The space for a named individual is blank. Jean's stories about growing up in wartime England. Food features in her tales as do crashed RAF aircraft. She describes village life and personalities then tales about her village school. 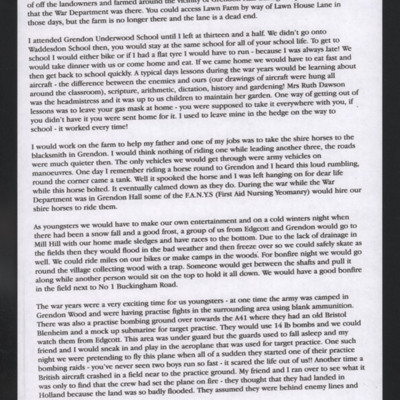 Hector's stories about growing up in wartime Edgcott. His family moved there in 1941 when he was 10. He covers his school life, working on his father's farm, mock fighting, playing on a bombing range, working as a cowman, tractor work, working in a…
View all 7 items