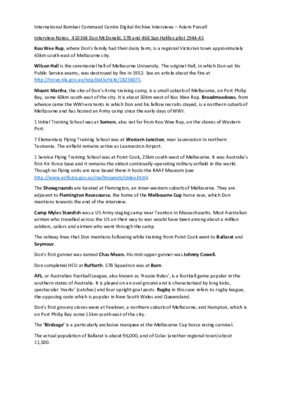 Notes on locations for Don McDonald's home, training in Australia. Notes people mentioned and scanned documents relating to a leave that Don enjoyed in London and includes a story of the leave written up by the interviewer from his notes which was missed in the interview.