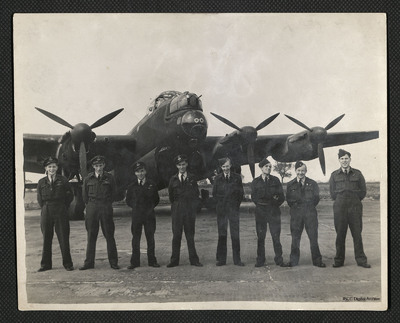 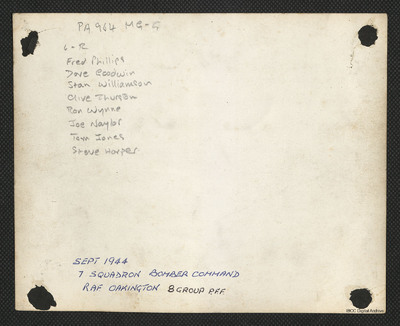 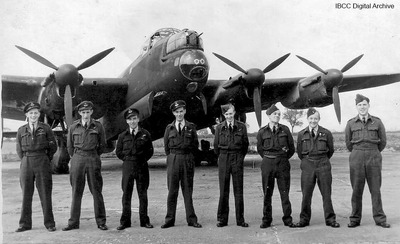 Two versions of the same item. Eight airmen wearing battledress and peaked or side caps standing in line in front of a Lancaster. On the reverse 'L - R Fred Phillips, Dave Goodwin, Stan Williamson, Clive Thurston, Ron Wynne, Joe Naylor, Tom Jones, Steve Harper, Sept 1944, 7 Squadron Bomber Command, RAF Oakington, 8 Group PFF'. This item was also submitted with the caption '“The Lucky Crew” with Lancaster PA964 "O oboe" (their favoured aircraft). This aircraft was lost on the night of 6th October 1944 (a month after “The Lucky Crew" completed their two tours) during a bombing attack on Scholven-Buer. The crew that night, bailed out and were captured. They were held in Stalag Luft 7 at Bankau, from where they escaped in April 1945. PA964 had survived 244 hours of operational flying, much of it in the hands of "The Lucky Crew'.