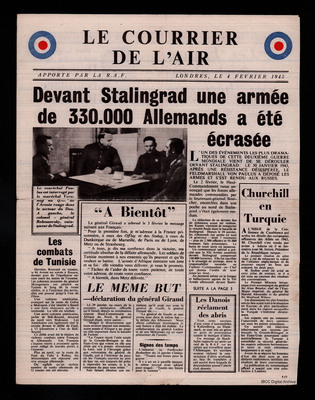 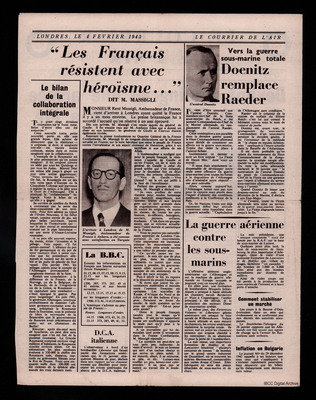 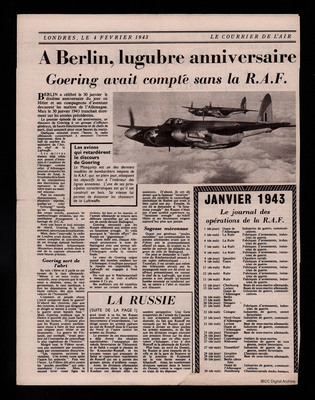 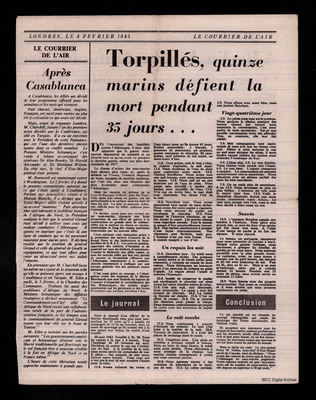 René Massigli, French Ambassador, arrives in London and meets General De Gaulle and Anthony Eden. Admiral Doenitz replaces Admiral Raeder as Commander in Chief of Germany navy. Formerly Commander in Chief of the submarine fleet. Air operations on number of sites involved with submarines or their production (Copenhagen, Wilhelmshaven, Dusseldorf, Lorient and Hamburg). Huge cost to the Romanians of collaboration rather than resistance.

Goering’s speech in Berlin, marking Hitler’s 10th anniversary, delayed by over an hour due to Mosquito air strike. Russian advancement against armies south of Rostov and Donetz’s armies. RAF’s operations listed for January 1943.

Diary of merchant navy officer: 35 days spent with 14 of his men in lifeboat after torpedo attack. Defence of shipping routes by RAF and Royal Navy. American, British and French actions following Casablanca conference.

Delivered by the Royal Air Force