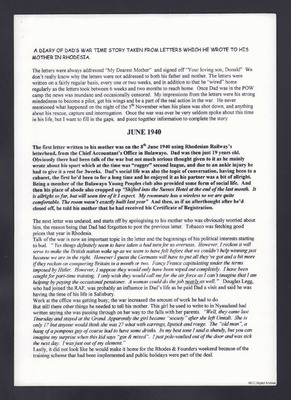 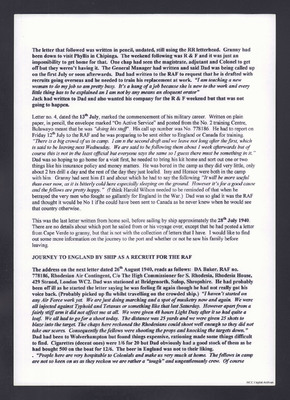 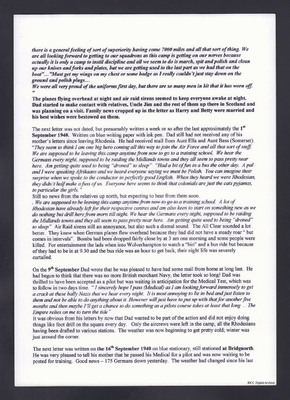 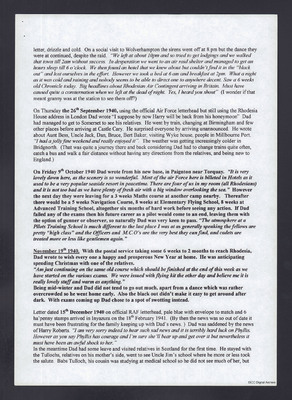 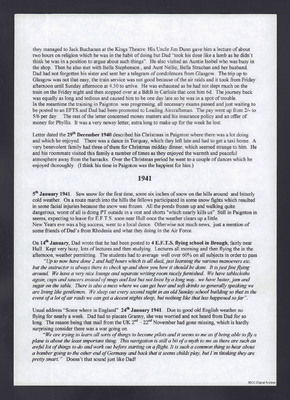 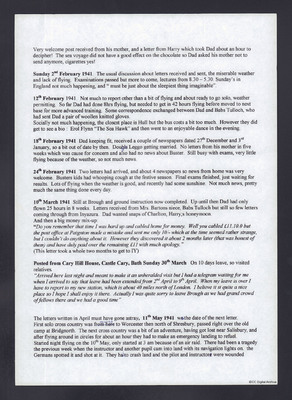 Stars in June 1940 based on letters written to his mother. Tells of life in Rhodesia before being called up and travelling to England, Discusses war as well as work and social life and initial training in Rhodesia. Goes on to describe a little of journey by ship and the life in England including bombing. Mentions RAF basic training camps in August 1940. Mentions medical for pilot and starting training (maths an navigation courses). Goes on leave to Scotland and describes Christmas. January 1941 sent for elementary flying training which is completed about March 1941. Account finishes in may 1941 with mention getting lost and emergency landing.