Interview with John and Vera Casey 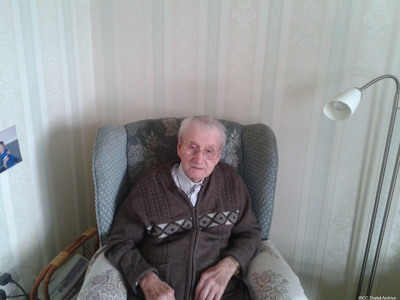 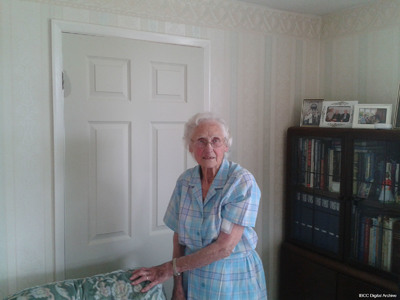 Before the war, John Casey worked for Vickers Armstrong. He joined the Royal Air Force and completed his training as a warrant officer at RAF Padgate. He learned how to fly Stirling aircraft at RAF Wigsley, Wellington aircraft at RAF Bruntingthorpe and Anson aircraft in Wales. He served at RAF Coningsby where he was trained to fly Lincoln aircraft and was at RAF Skellingthorpe as a member of 61 Squadron. At RAF Skellingthorpe he flew Lancaster aircraft. He survived one air crash by bailing out. On a later occasion, the navigator on an operation was killed and they managed to land in Woodbridge, in a badly-damaged aircraft. He participated in Operation Dodge. John met Vera, a farmer’s daughter, at RAF Coningsby. She recalls life on the farm adjoining the station during the war years, how some of their land was used to extend the runway and how the aircrew used to help with the harvest.