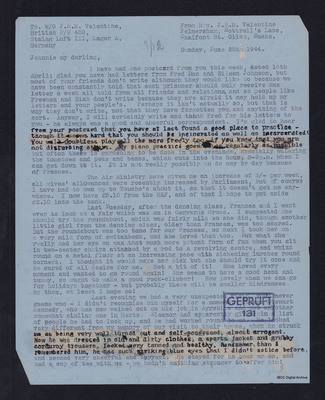 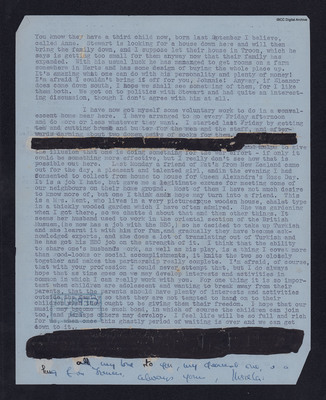 Starts with discussion over number of letters allowed as reason why some friends refrain from writing. Glad he has found a place to practise violin and mentions an increase in allowances. Goes on to describe daughter's dance class and visit to a fair as well as other activities. Catches up with news of friends and tells of new voluntary work she has started. Continues with news of her lodger and neighbours. Concludes by thought of their future.