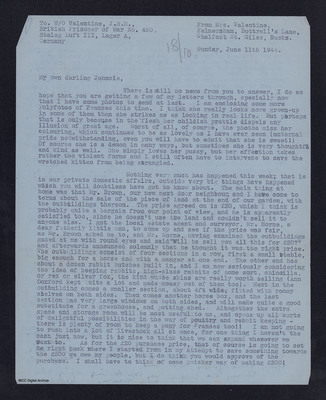 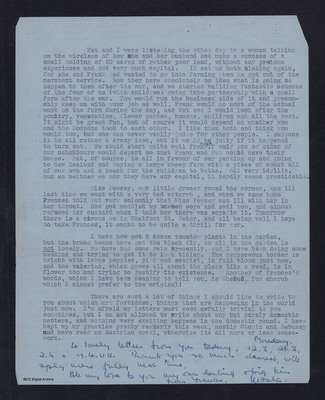 Writes there is still no news from him and hopes her letters are getting through. Mentions she has agreed sale of plot of land with neighbour and describes outbuildings on it. Describes listening to radio programme on small holdings with lodger and dreams of following suit. Continues with gossip and news of garden. Complains that there are many things she wished to write of but are forbidden which make her letters seem trivial.