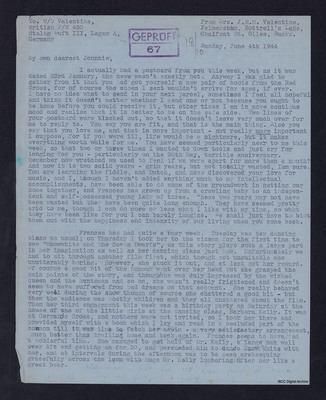 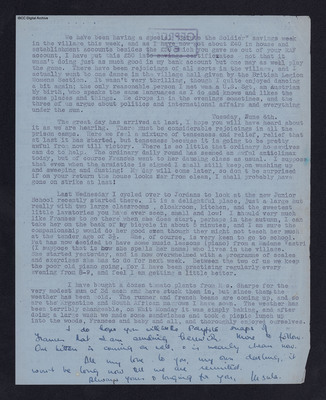 Reports receiving postcard he sent in January an glad he got new boots from Red Cross and discusses whether she should send more parcels or not. Laments over time missed while he has been a prisoner despite fact he is learning violin and Dutch. Continues with news of daughter and successful "Salute the Soldier" week. Mentions accounts and going to British Legion dance and meeting an American. Notes arrival of great day at last and assumes rejoicing in prisoner of war camps. Writes of visiting new junior school where she would like daughter to go. Concluded with gardening news.