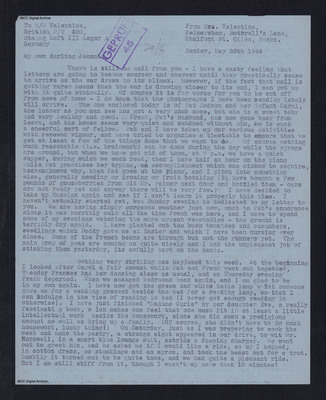 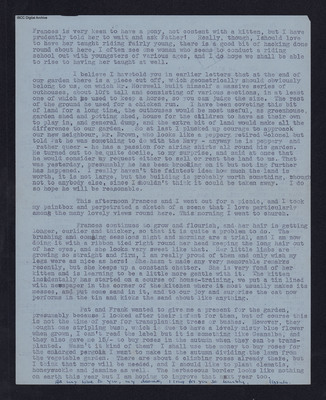 Notes that mail is getting slower as war draws top climax but hopes photographs she sent will arrive. Describes lodgers baby and recent activities including intention to take up learning Russian again. Continues with description of daily routine and outhouse buildings on adjacent land that she would like to obtain. Mentions starting negotiations with owner. Writes of daughters activities, progress and her kitten.