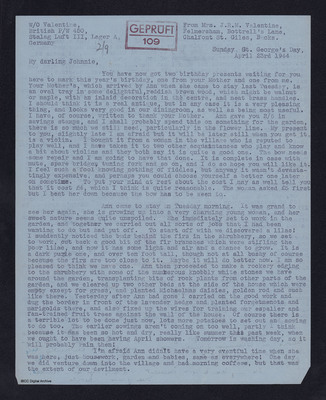 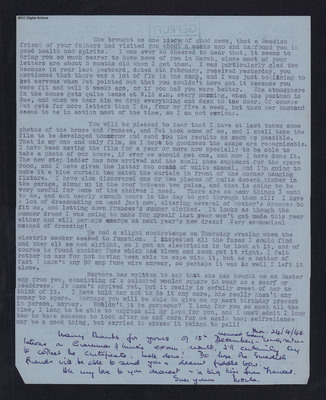 Describes birthday presents waiting for him for this year's birthday. mentions family member's visit, describes activities and writes of news that Swedish friend of his fathers visited camp and reported him well. Describes anxiously waiting for his letters and reports that she has finally taken photographs of house and their daughter and will send then on as soon as possible. Continues with domestic chat and news of blown fuse causing cooker to stop working. Concludes with family gossip, thanks him for recent letter and congratulates him on grammar and music examination result.