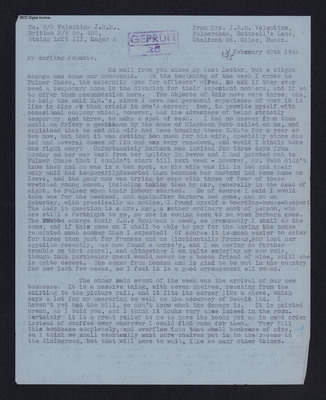 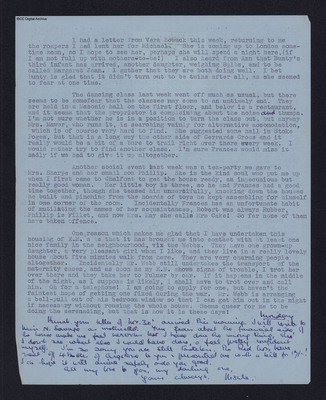 Reports no letters from him and then writes about offering their house and temporary home for expectant mothers and the arrival of the first one. Continues with news of arrival of new bookcase and catches up with news of friends and family. Writes of recent activities and contact with neighbour. Concludes next day with report of arrival of a letter from him and comments on contents.