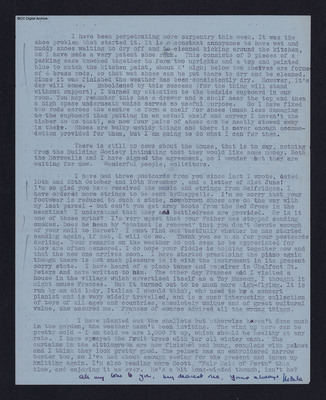 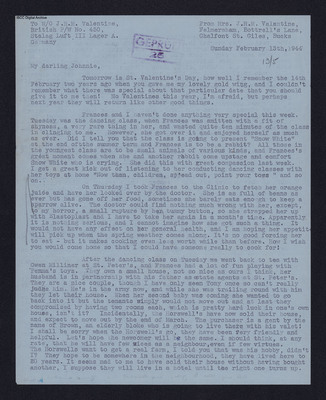 Reports on recent activities including daughter's dancing class, clinic and visit to and news of neighbours. Continues with domestic matters and worries over when mortgage payments will start. Reports arrival of three of his postcards from October and November and comments on contents. Concludes with news of gardening and other domestic issues.