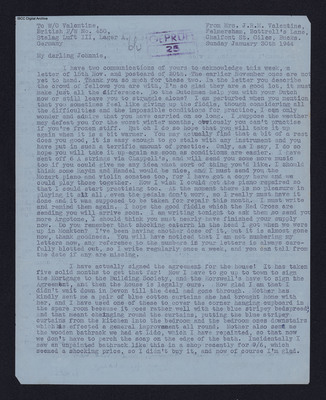 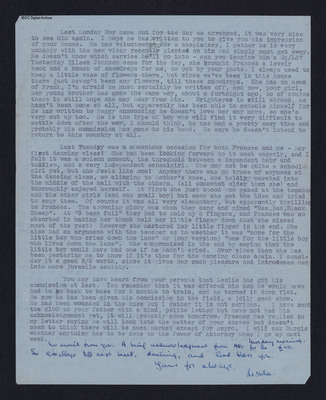 Reports arrival of his letter and postcard from previous November and comments on his description his fellows and camp conditions. Mentions his violin practice, that she is sending music and strings as well as asking Red Cross to send medicine. Announces that she is finally completing all the paperwork for new house. Continues with description of work on house, catches up with friends news, daughter's first dance lesson and writes of family news.