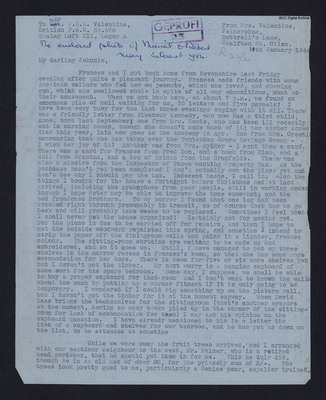 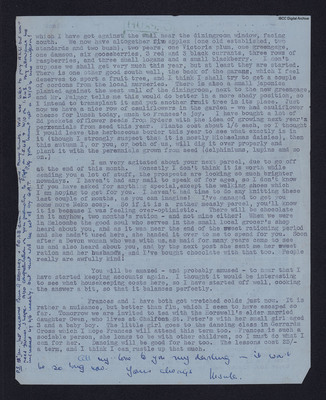 Writes of returning home after holiday in Devon and meeting Americans on journey. Catches up with news of family and friends from letters received while she was away, Continues with activities to get new house organised including planting of news trees. Worries about sending him his next parcel as she has not received any mail from him with request for items. Concludes with news of future plans.