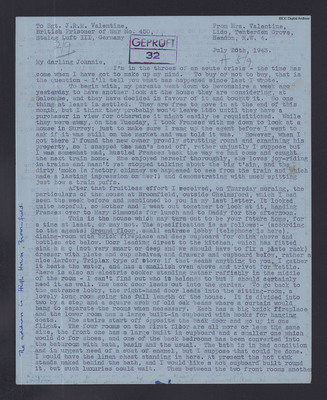 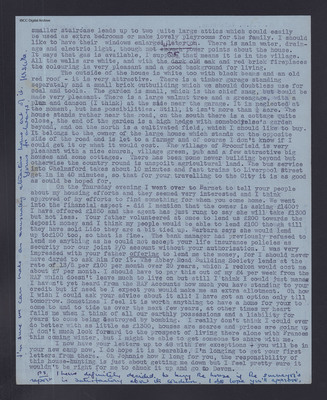 Still trying to decide whether to but a house or not. Mentions that parents are buying house in Salcombe. Describes visiting one prospective house and mentions another possibility and her continuing efforts including financial help from family. Supposes he is in new camp.