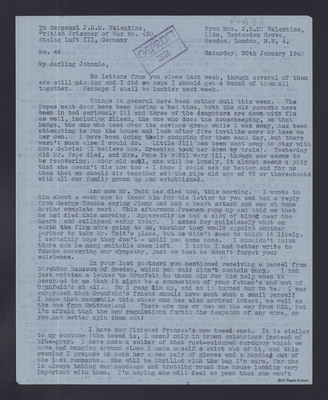 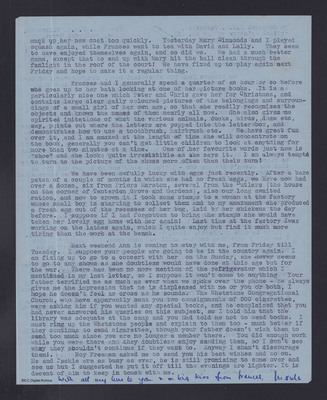 Catches up with local news and that a number of acquaintances had passed away. Describes investigation of source of parcel he received from Sweden. Describes her and daughter's recent activities and that she had been able to get eggs recently. Concludes with family news.