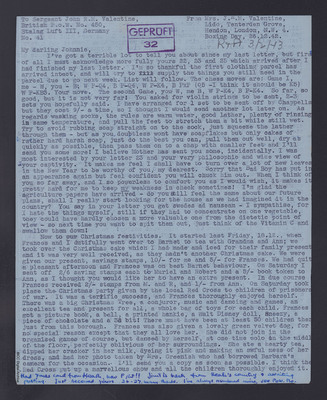 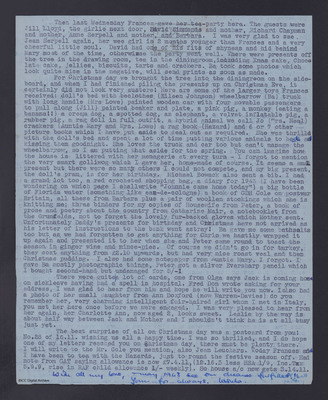 Acknowledges receipt of a number of his letters. Pleased her clothing parcel to him has arrived and will try and send his requirements in next parcel. Details chess moves and talks of violin strings he has asked for. Gives advice on washing socks and mentions his new more positive philosophical view of his captivity and hopes she can follow it. Writes a long description of all their many Christmas activities, listing presents and mentioning that she received a postcard from him on Christmas day.