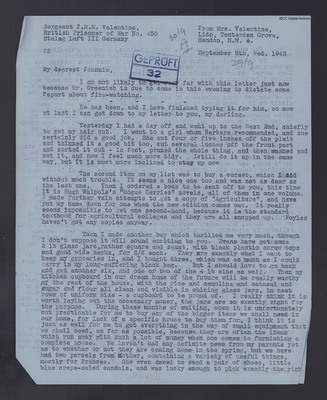 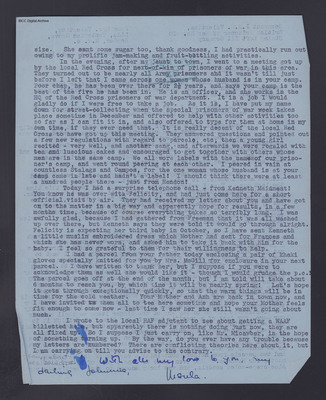 Writes telling him she went to the West End to have her hair cut and she tells him of the shopping she bought for their home. She talks of a meeting, organised by the Red Cross for the next – of - kin of prisoners of war. Plus other news from home including asking local RAF adjutant if she could billet Woman's Auxiliary Air Force member but not available at the moment.