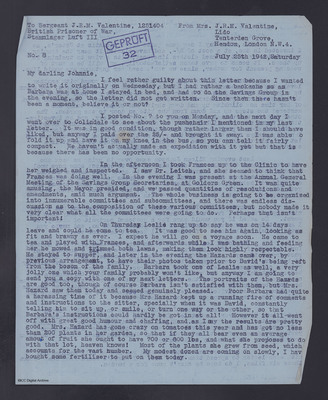 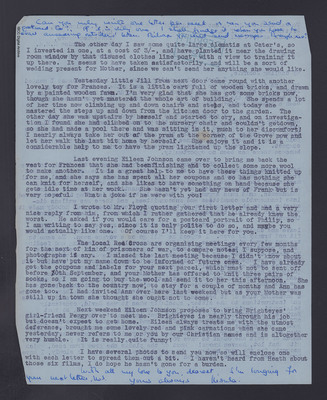 Writes of her daily activities with savings group, family/friends and their daughter. She asks about his mail allowance and continues with domestic news and mentions local Red Cross is organising meetings for next of kin of prisoners of war. Concludes with plans to send photographs to him.