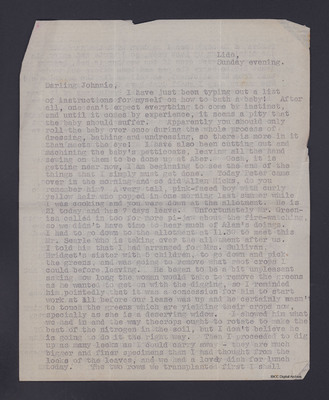 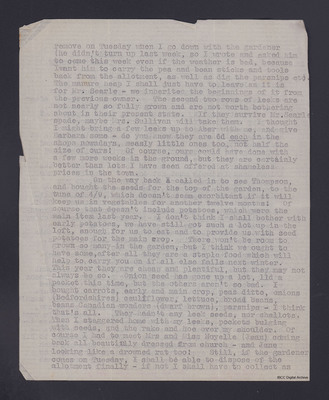 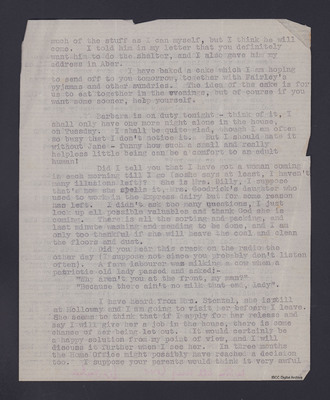 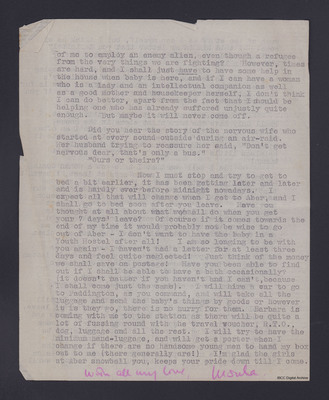 Writes on her research on bathing babies. Talks of people visiting her and meeting man who is taking over their allotment and having difficulties with him over woman who Ursula had agreed to allow to collect current crop. Mentions arranging for gardener to retrieve all their equipment from allotment as well as more discussion on seeds and crops. Mentions baking him a cake and catches up with family/friends news and talk of woman providing domestic help. Writes of acquaintance enemy alien in Holloway prison who might be released with her help. Looks forward to seeing him in Aberystwyth and asks what he has planned for his leave.