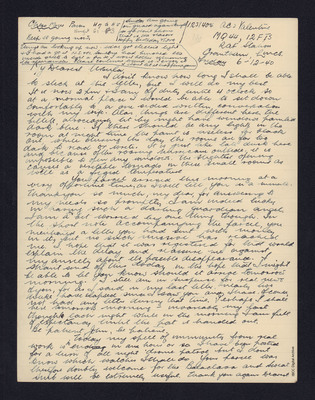 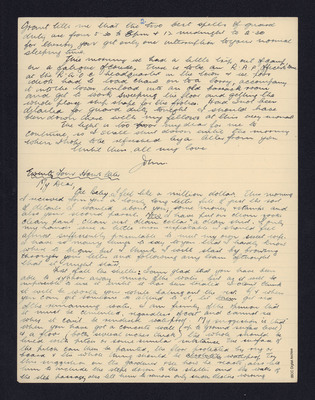 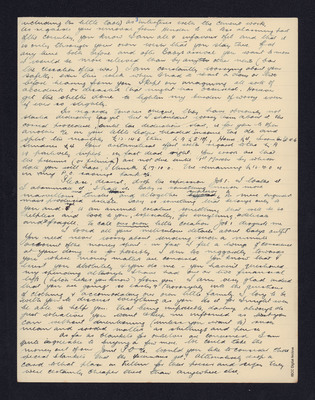 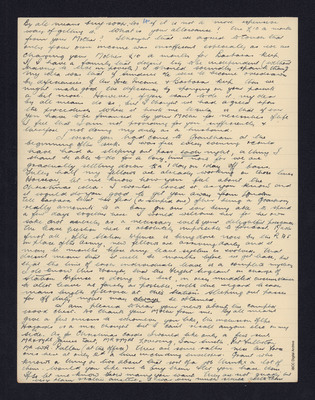 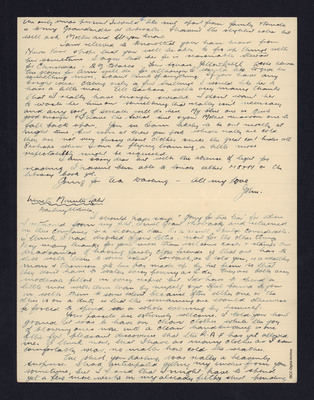 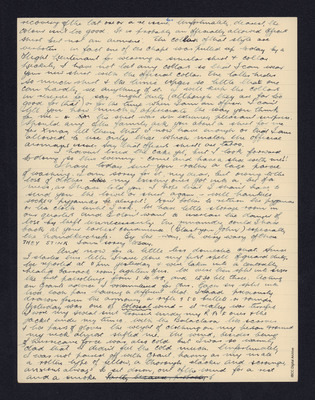 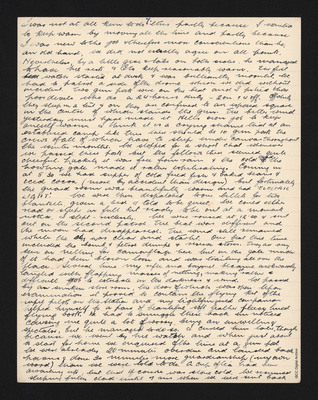 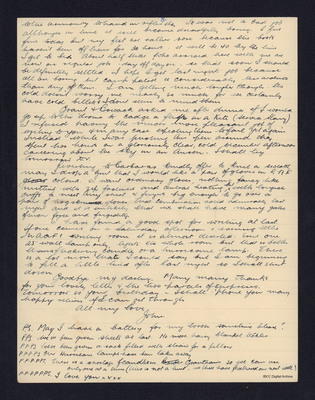 Letter written over at least two days describing his activities, poor accommodation and weather. He was please with parcel and especially a long letter from her with details of all her activities. Mentions delays in mail, financial and domestic matters. He is sending her a large parcel of washing. Continues with criticism of live, duties and life in general.

Chess move Pawn H7 to H5
Knight G1 to F3 Keep it going now.
Sunday. Am going on guard again tonight, so if I don’t phone that is the reason. Happy birthday & Love.
Things are looking up now – we’ve got electric lights & had a go at N.S. & M. Someone had used the inside sheets to light a fire so I won’t bother returning the remainder. Please continue to send it. I enjoy it and won’t let it happen again.