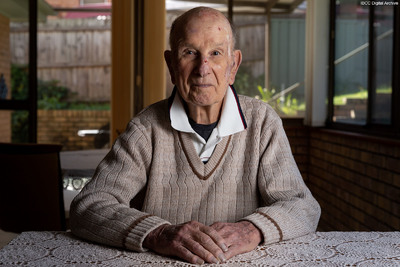 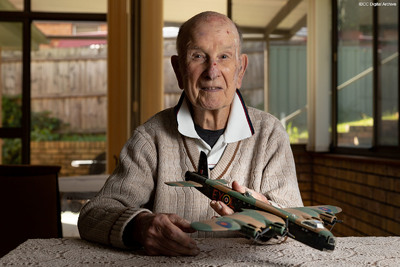 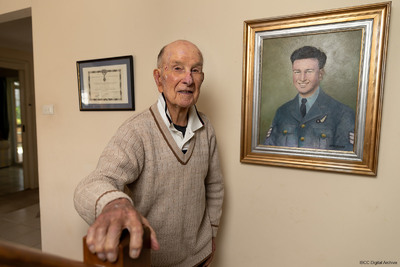 Tommy Knox, born in 1924, grew up in northern Glasgow and volunteered at the earliest age of seventeen and one quarter. He then trained in Wales and Devon and flew Stirlings. Tommy was posted to RAF Stradishall for his Heavy Conversion Unit, meeting his crew which consisted of two Australians, two Canadians and two Englishmen. Tommy believed he was lucky for choosing the Stirlings, despite including having to hand-crank the landing gear: if he had chosen Lancasters it would be unlikely for him to be here today. He then recalled being moved from his flight group the day before a Nuremberg operation, in which 96 aircraft were lost. Tommy joined 149 Squadron and was transferred to RAF Lakenheath and later to RAF Mildenhall. Taking part in supply drops and bombings, Tommy recalled numerous stories of his crew, including one of his navigator falling asleep and he waking him up. Tommy then joined 199 Squadron, overseeing radio disruption operations. When the War ended, he volunteered to travel to the Middle East, completing 40 operations in total before being demobilised. Post-war, he returned to his engineering apprenticeship, before moving to Sydney when he met his wife. Tommy recounts the war as a big adventure and states that Bomber Command was a big part of his life, being the secretary and treasurer of the RAF Association for several years, before joining the Bomber Command Association. He states that the legacy of Bomber Command is positive.