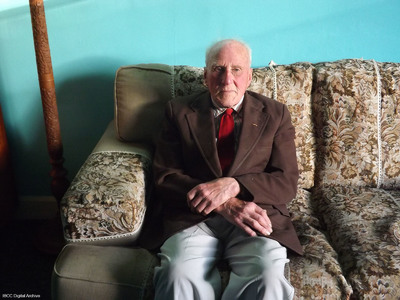 Henry Wolfe Wagner was born in Ireland. The family moved to England when he was young and settled near Reading. Henry attended Reading University for two years joining the University Air Squadron. He then volunteered for the RAF and began training as a pilot. He went to South Africa for his training. He was put forward to begin training as a navigator when his pilot training was interrupted. After returning to Great Britain and completing his training he was posted to 51 Squadron at RAF Snaith. On their eighth operation his crew were attacked by a night fighter over Duisberg. Henry managed to walk for several days before he was caught and became a prisoner of war. He was sent to Stalag Luft 7 at Bankau before undertaking the Long March.