15 items. Two oral history interviews with Sergeant Henry Wolfe Wagner (1923 - 2020, 1604744 Royal Air Force), his memoirs, documents and photographs. He flew operations as a navigator with 51 Squadron and became a prisoner of war.

The collection was catalogued by Trevor Hardcastle. 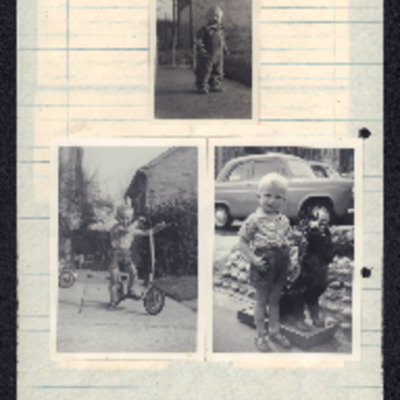 Hand written by Henry, Part 2 picks up his story, post war teaching at a grammar school near Wokingham, married, two children and having just bought their house. He continues to cover his life in great detail through into retirement, the last entry…

Hand written by Henry, Part 1 covers his early life and time at university. It goes on to cover in some detail his time in the RAF, his time training in South Africa conversion to the Halifax and operations on 51 Squadron. It also covers his time as…

An account of the briefing for an operation to Essen An extremely detailed account of the No 51 Squadron briefing for the operation to Essen on 28/29 November 1944 by Henry. It includes all the specialist officers as well as the Station Commander's brief. It also includes Henry's crew, Station and…

Reflections on your fate having baled out 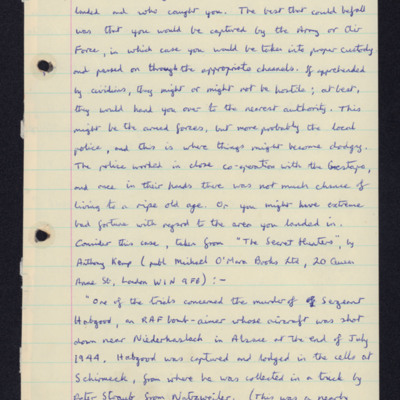 The reflection was inspired by the account of the murder of an airman on initial capture having baled out over Germany in 1944-45.

The log was compiled by Henry on a flight in Halifax 728 letter B from no 1652 HCU RAF Marston Moor around England and Wales. 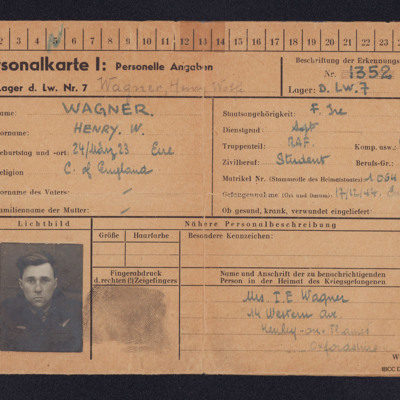 Contains very little information other than that entered when initially issued. Has his photograph and a print of one finger.

Henry Wagner visits the graves of his crew 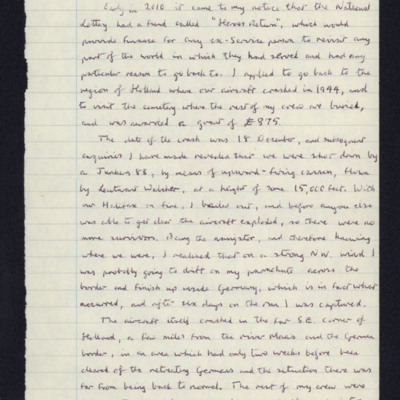 This account was written by Henry for publication in 'The Digger'. Henry recounts that in 2010 he became aware that the National Lottery were awarding grants to veterans to visit places with special memories for them, he applied and was successful.… 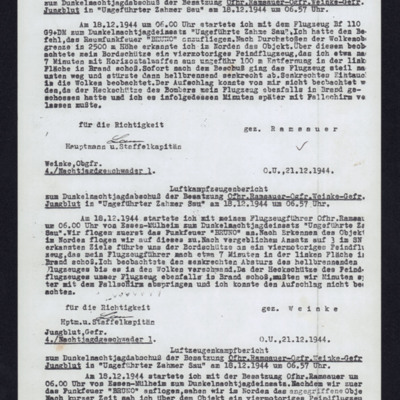 A series of Luftwaffe engagement reports, some in German, some translated concerning the attacks on a four engined bomber in the early hours of 18 December 1944 probably Henry Wagner's Halifax. 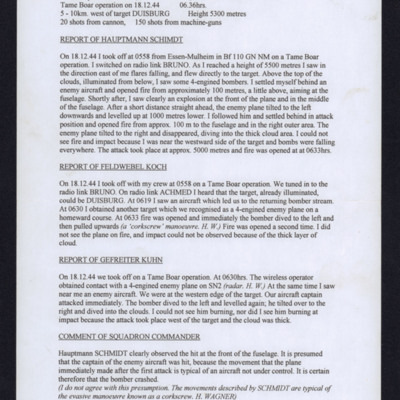 English translation of a German nightfighter combat report for 18 December 1944. 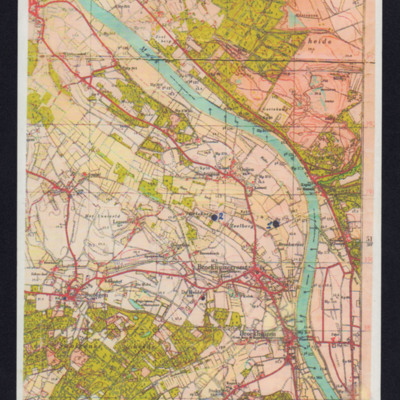 Map of part of Holland, close to the German border and the Ruhr, showing the crash sites of a Halifax on the 18 December 1944 and a Manchester on 13 March 1942. 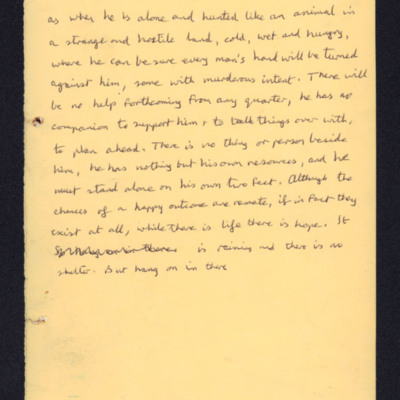 Reflections by Henry Wagner of the short time he was trying to evade capture having baled out of his fatally damaged aircraft. 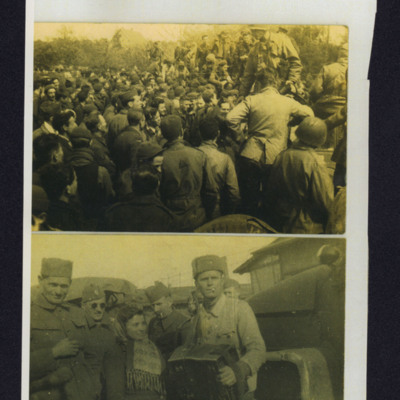 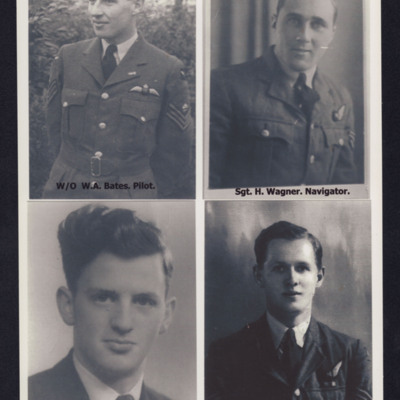 Four photographs of Henry and three of his fellow crew members, Warrant Officer W A Bates the pilot, Sergeant Henry Wagner the navigator, both in uniform, Sergeant L Roberts the bomb aimer , in civilian clothes and Sergeant J Jones, the wireless… Henry Wagner describes more of his experience of being a prisoner of war at Stalag Luft 7 in Bankau. He took part in the Long March and recounts how those who were not able to keep up would have been left at the roadside to die of exposure. 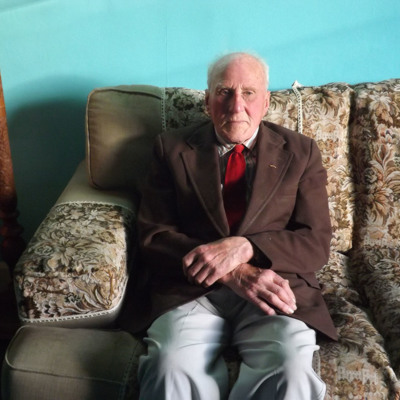 Henry Wolfe Wagner was born in Ireland. The family moved to England when he was young and settled near Reading. Henry attended Reading University for two years joining the University Air Squadron. He then volunteered for the RAF and began training as…
View all 15 items