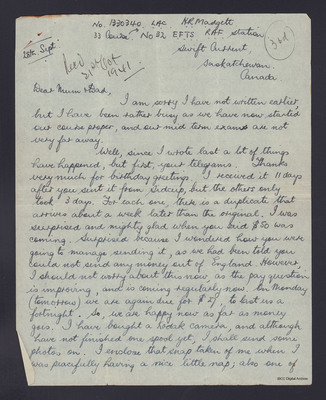 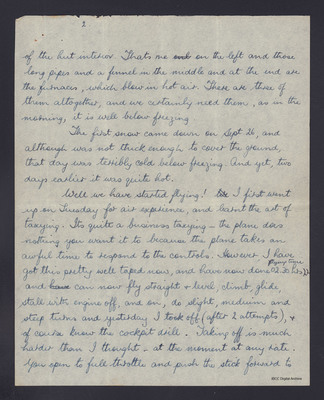 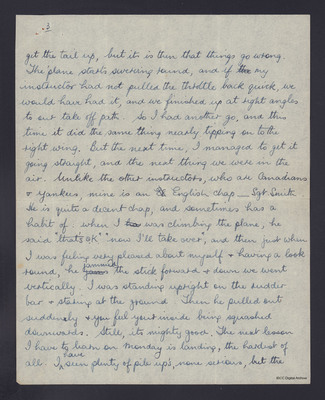 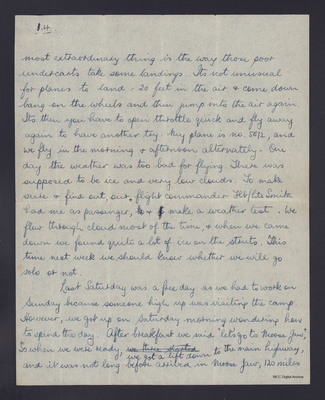 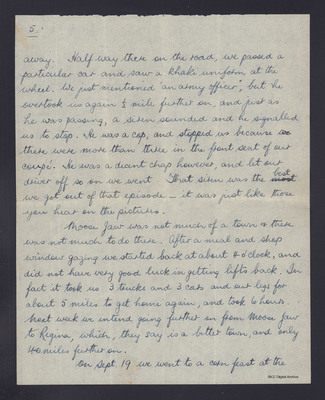 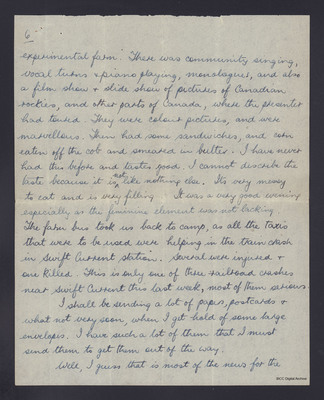 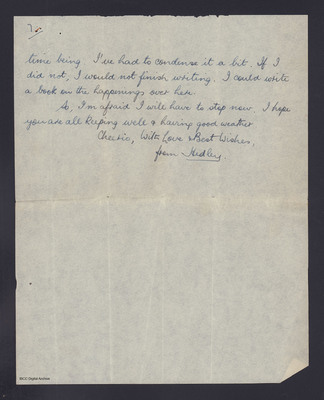 Written from Swift Current, Saskatchewan and apologises for not writing earlier but has been very busy. Thanks them for birthday greetings and writes about money. Writes that he has bought camera and about first snow. Says they have started flying and covers the difficulties of taxiing and describes early trips. Mentions his instructor and that his next lesson is on landing. Describes aspects of life in Canada, driving to Moose Jaw and entertainment in local area.