Interview with Joy Joy. One 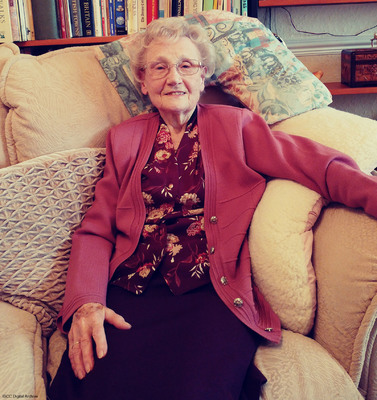 Interview with Joy Joy. One

Joy Joy was evacuated from Hull at the start of the war. She returned home for Christmas. She was again evacuated as the bombings began. She took responsibility for her younger sister although she was only six years old herself and she says that from that time she never really had a childhood. Joy’s brother Harry was Bomber Command aircrew who was killed during an operation. He had wanted to support her education and she felt this made her want to achieve more. She joined the WAAF and trained as a dental hygienist. She met her husband and amongst their postings was several to Germany including one near Belsen.