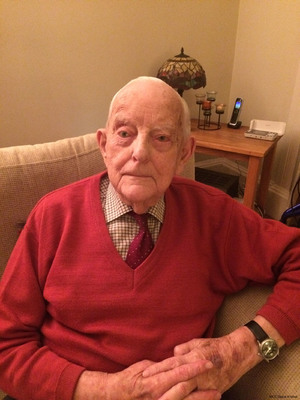 John Crabb transferred to the RAF from the Army. He began training as a pilot in the USA but then returned to train as an observer in Canada. On his return was posted to 49 Squadron. After thirteen operations he and the bomb aimer developed colds and were unable to fly. Their crew left for an operation and were killed that night. John and his bomb aimer went to other crews. The bomb aimer died on his last operation. John’s last operation was to Munich and he worried for the entire time whether he would make it home. After being an instructor John went on a second tour of operations. This was with a Mosquito squadron based at RAF Bourn.