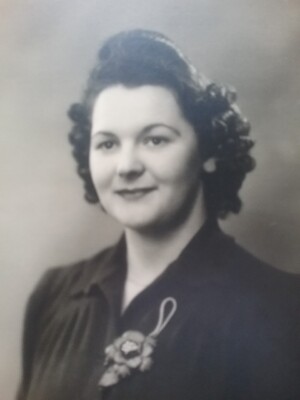 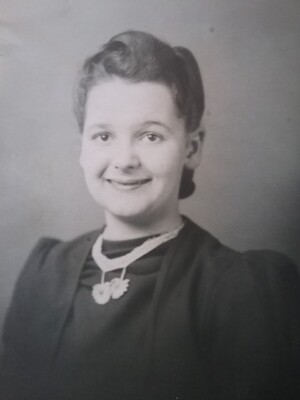 Olive had two brothers and a sister. One of her brothers joined the army and the other was an air gunner on Lancasters. She left school at fourteen and went to work as a mender at Albion Mills. She then worked on Lancaster navigation panels in the AVRO factory at Yeadon when she was seventeen and stayed there for about five years. She sometimes had to climb into an aircraft to repair a panel. Olive had fun with the other girls at the factory, making up a song together about their work and leisure time and promenading in the park on a Sunday. She met her husband at a dance in Bradford. After the war Olive went back to work at Albion Mills.