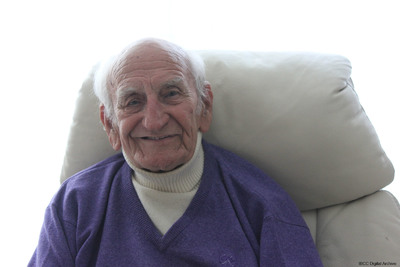 Bert Mason was born in Germany and worked in light engineering and driving ambulances before joining the RAF in 1942. He started training as a navigator before joining a crew and became an air gunner on 195 Squadron at Wratting Common. He tells of operations: preparing, flying, escaping searchlights and fighters and then debriefing. At the end of the war he went to India and Ceylon, working for Lord Mountbatten. After the war Bert went back to engineering, travelling all over the world.