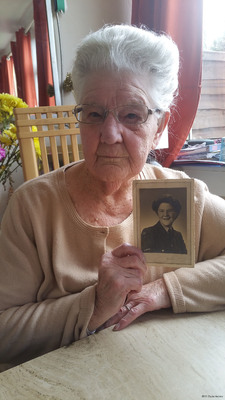 Vera Clachers volunteered for the WAAF for the experience and the adventure. She was selected for training as an electrician and was trained at RAF Melksham. She was posted to RAF North Coates. At first she was given the poorest jobs but then began doing the daily inspections on aircraft. When she was off duty she enjoyed embroidery and knitting. After the war she was posted to Germany where she found the local population to be suspicious of the RAF and they went around in pairs. Vera met her future husband in Germany and after demob they returned to the UK.