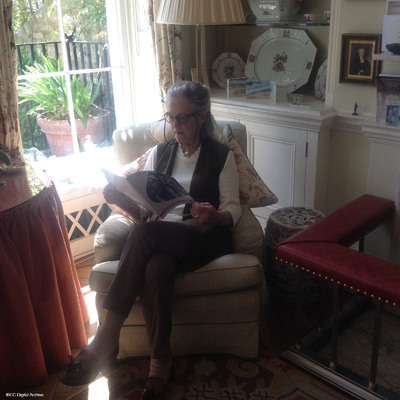 Jacqueline Assheton discusses her father's career in the Royal Flying Corps and Royal Air Force and his post war work establishing Safmarine shipping line and his friendship with Jan Christiaan Smuts. Her father did not talk about his wartime career, but enjoyed cooking. He enjoyed talking to Bomber Command veterans and wanted them to have more recognition for their role during the war. She discusses her role as a volunteer with the Victoria and Albert Museum.