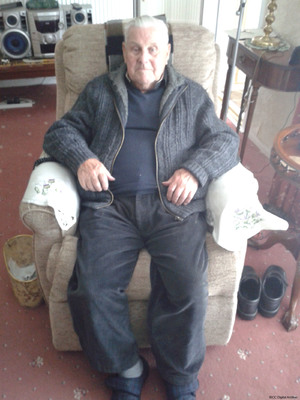 Bomb aimer Frank Jones wrote notes decades ago regarding his service in Bomber Command with 158 Squadron. His son, Derek reads his father’s story, which includes his early life, enlisting into the RAF and training in navigation at No. 43 Air Gunners school in South Africa. Frank was based at RAF Lissett after his training. He reads about Frank’s opereation over Gelsenkirchen Nordstern where he earnt the DFM for his bravery. Frank completed thirty-five operations and mentions the names of his crew. After the war Frank decided not to go back to horticulture but to become a teacher and states that the war had a decisive impact on his life.