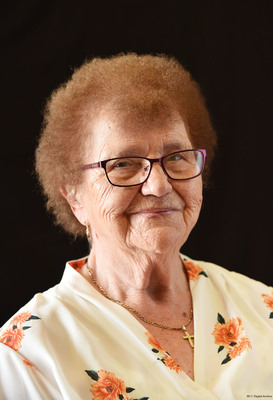 Helga Wynne was born into a family of twelve in 1926 in Kiel, Germany. She describes her childhood and her father working as a shipbuilder in the dockyards. She left school at 14 and went to work on a farm. She fell through the hayloft opening, fortunately onto a bale of hay.  She was seriously injured and spent six months in hospital. She then trained as a nurse in a children’s hospital in Kiel. She describes the hospital being bombed and being buried under the rubble. She was saved by two doctors who dug her out.  She talks about her meeting her fiancée, Wilhelm, a submariner. She became pregnant and they decided to marry at Wilhelm’s home in Westphalia. The train on which they were travelling was bombed and Wilhelm was killed. She describes the birth of her son and living with Wilhelm’s parents. In 1948, back in Kiel, she met Harold Wynne, a British paramedic doing his national service. He returned to the UK with her. They married in Burton, near Scunthorpe, and settled in Flixborough. She describes a happy family life and working on a farm as a tractor driver. Harold worked at the steel works in Scunthorpe until retirement. She describes her family life today, her three sons with Harold, her first-born son in Germany, and her partnership with Gordon. She reminisces about the explosion that occurred in Flixborough in the 1970s and the effect it had on the local community and the damage to her home and personal belongings. She recalls her emotions whilst visiting the exhibition at the International Bomber Command Centre in Lincoln and stresses the importance of reconciliation for all those involved in the bombing war.