10 items. Includes family photographs and two oral history interviews with Helga Wynne (b. 1926) who reminisces her childhood in Kiel, the death of her future fiancé when the train he was travelling on was bombed, and her coming over to Great Britain in 1948.

The collection has been loaned to the IBCC Digital Archive for digitisation by Helga Wynne and catalogued by Barry Hunter. 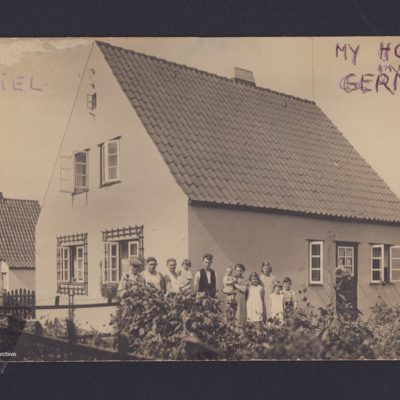 11 family members standing outside a detached house. Handwritten on the image is 'Kiel My home in Germany' it is printed on a postcard.

A woman with seven children 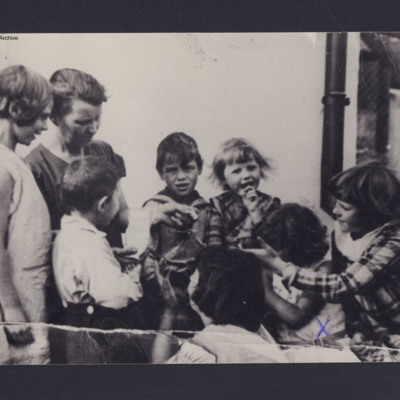 Five girls and two boys of varying ages. One of the girls is marked with a blue cross. Corner of a building in background. 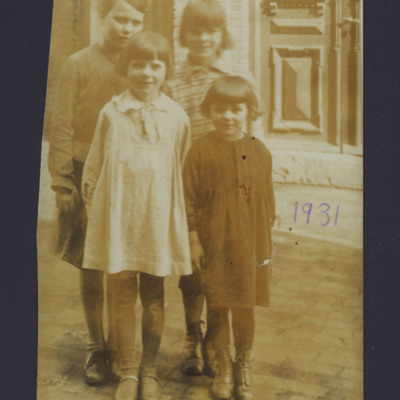 Four girls standing in two rows. Behind is the door of a building. On the front is written '1931'. On the reverse
'Herta Ilse Gisela
+ Helga
Kiel am Lehmberg 1931'.

A family group with twelve members and a rabbit. One man is in uniform. One boy has his arm in a sling. 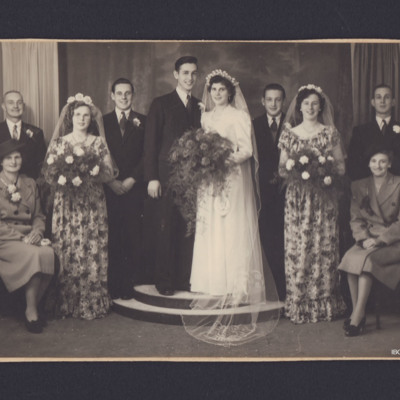 Ten members of the bridal party at Harold and Helga Wynne's wedding. On the reverse handwritten: '25 September 1948' and printed:
Photograph by Francis E. Bowen Scunthorpe. Lincs. 61128'. 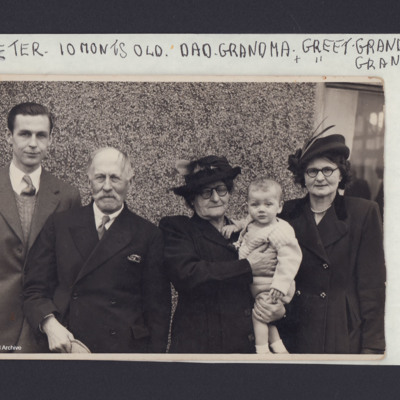 Peter is being held by Great Grandma. 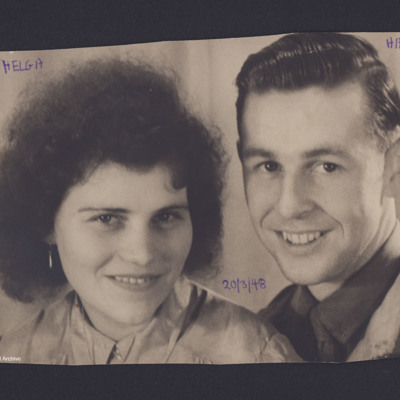 Head and shoulders portrait of Helga and Harold Wynne. Harold is in uniform. Handwritten on the image is 'Helga Harold 20/3/48' On the reverse 'To Mother With love Helga Harold' and in another hand: 'das ist in Deutschland pfotogarfiert in März… 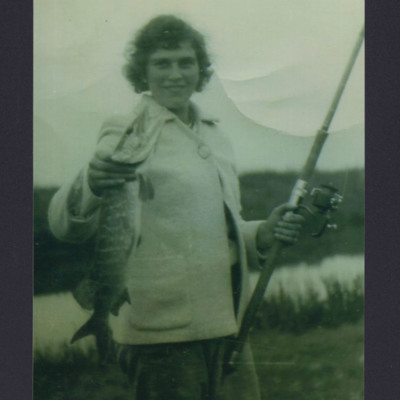 Three quarters length photograph of Helga. She has caught a fish and is holding a fishing rod.

Helga (00:00-34:00) was born in Kiel in 1926. Her father was a sailor, who then worked at Krupp shipbuilding yard; her mother was a tram driver during the war. None of her brothers were called up, either because of age or disability. Mentions Hitler… 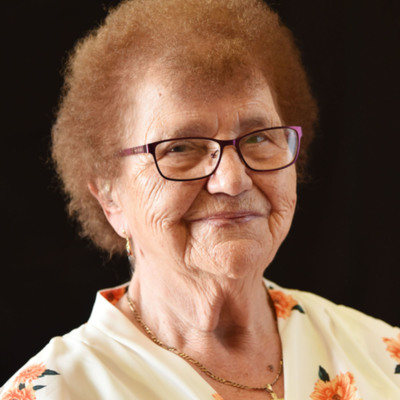 Helga Wynne was born into a family of twelve in 1926 in Kiel, Germany. She describes her childhood and her father working as a shipbuilder in the dockyards. She left school at 14 and went to work on a farm. She fell through the hayloft opening,…
View all 10 items