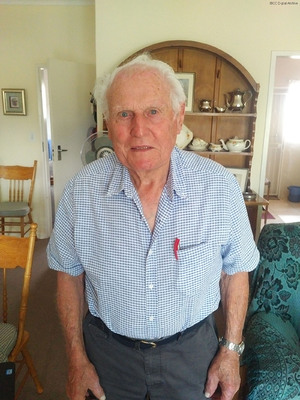 Dick Heath was an apprentice boat builder and joined the Royal Air Force in 1943. He began training as an air gunner but was posted to RAF Fiskerton working in the bomb dump. He was on his way to Canada by ship when the war in Europe ended. After he was demobbed Dick returned to boat building in the UK before transferring his skills to Africa.