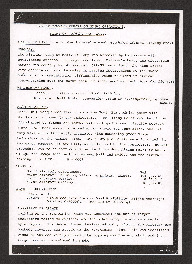 The military camp at Mailly le Camp was attacked by Lancasters with devastating success, in bright moonlight. Extremely heavy and widespread damage was caused, but 42 aircraft (11.3%) were lost. The high losses were associated with the delay in issuing instructions by the Master Bo [inserted] m [/inserted] ber due to communication difficulties which resulted in aircraft concentrating over the datum point in ideal weather conditions for fighters

Three OBOE mosquitoes were to mark the South East aiming point with short-burning green Target Indicators. The Aiming Point was then to be illuminated by flares and marked with red spot fires, visually between H and H+5. These would be backed up with more red spot fires, and, if they were not sufficiently accurate, with cascading green Target Indicators on the Aiming Point. No. 5 Group aircraft were to attack in two waves between H+5 and H+11, as instructed by the controller. The same procedure was to be carried out on the South West Aiming Point by No.1. Group, the Mosquitoes marking between H+11 and H+20., and the aircraft bombing from H+20. H = 0001

Marking on the S.E.Aiming Point was abortive; one set of Target indicators failed to explode, and the other Mosquito was intercepted by a fighter. The Master Bomber hestitated [sic] and, after a few aircraft had bombed, diverted the attack to the N.W.Aiming Point. This was identified visually and accurately marked. The bombing was concentrated, and the target was soon enveloped in smoke.

The workshops south of the area, a second group of M.T.buildings to the East, the range, and the ammunition dump, were also heavily hit.

[underlined] Ground Defence [/underlined] . 8 heavy guns were in action at the target, firing accurately at 8-9,000ft. Light flak came from 20 guns, and were self-destroying at 10-12,000ft. Only three searchlights exposed in the moonlight. Accurate flak was met en route,from airfields and Chartres.

[underlined] Fighters. [/underlined] The first interceptions [inserted] occurred [/inserted] xxxxxxx on the S. E. leg beyond Compiegne,-at first the enemy lost more heavily than did the bombers, losing 3, probably 4 fighters, before we turned south near Epernay. Then the unfortunate delay before the main force received their instructions resulted in a concentration of aircraft over the datum point in bright moonlight, presenting the fighters with great opportunities of wholesale interceptions. The attack lasted 19 minutes longer than had been planned, and it was during this period that most of the losses occurred. Fighters were active over the whole of the westerly route home, until the coast was reached.

Our bombers destroyed 4, probably 6 enemy aircraft: one Me 109,two Me.110s,and a FW 190 for certain, with a JU.88 and an unidentified twin-engined fighter as probables.

42 aircraft (11.3%) were lost - a very high percentage, especially for a French target. The main reason has been given above - the concentration at the datum point because of the delay in instructing the main force. At least 25 aircraft fell in combat, rather more than half of these over the target, and all the rest on the homeward run. 9 were lost to flak, mostly over the target, although the defences of Romilly, Fontainebleau, and Chartres claimed victims. The other 8 losses cannot definitely be placed. 2 returning aircraft were wrecked by fighter attack.

Allied aircraft were reported to long and medium range fighters as early as 2253hrs, though it is not clear to which raid this referred. The main force passed by Dieppe about 2315hrs, and the first reaction, half an hour later, was to send aircraft of NJG 3 in N.W.Germany from the Elbe to the Osnabruck area, after which nothing was heard of their movements. No.4 JD (covering N.E.France) opened up its running commentary control and at 2330 hrs said the spearhead of the force was south of Amiens. The controller then, between 2338 and 2345 hrs, reported our bombers as circling north of Beauvais, and the leading aircraft were plotted over Mailly at 0045 hrs. Presumably most NJG 4 aircraft were able to intercept the main force by the time it had arrived over the target, and it is suggested that some fighters followed the bombers on the homeward route. At 0040 hrs, when the attack was almost over, another report was made of aircraft circling in the target area.

At 0002 hrs, a minute after bombing had begun, fighters of NJG 1 and 2 in Holland were sent southwest to the Florennes area towards our bombers, but were diverted after only nine minutes to the Rhineland, as a deeper penetration was apparently suspected. During the attack on Mailly a [deleted word] control in JD 4 began ordering, to an area south of St.Quentin, fighters that were not in contact with the bombers. Landing orders were heard at 0132 hrs.

Our aircraft were first intercepted on the south easterly leg beyond Compiegne (3 deg E), and although sightings from there to target were fairly numerous four of the five combats reported before reaching the target resulted in claims by our bombers - a Me.109, Me.110 and a FW.190 destroyed, and a JU 88 probably destroyed.

Our bombers reached the vicinity of Mailly just before midnight and although various enemy aircraft were seen in the next 20 minutes only two combats occurred until 0024hrs when the attack was due to close. From 0024 to 0037 hrs [deleted word] eight attacks and four combats occurred, and four of our aircraft were damaged - one having just previously hit by flak, and the gunners having baled out. One Me 110 was claimed destroyed and another twin engined enemy aircraft probably destroyed.

Attacks by twin engined aircraft continued to be fairly frequent until our aircraft were south of Paris and a few single engined types were glimpsed further west.

All the usual types were seen with twin-engined in the majority, and one report recorded 6 Me.410s in formation with navigation lights, west of Chalons

"I.I.B."(German Intelligence) learns that according to final reports the number of aircraft brought down last night over occupied Western territories has now increased to 57 four-engined bombers:'

The Main target was a military camp and concentration in the Mailly area, some 80 miles east of Paris. This was to be attacked by about 350 Lancasters of Nos. 1 and 5 Groups with Mosquitoes as Markers. During the attack nearly 100 heavies of 8 Group were to follow part of the way along the route from Dieppe to bomb Montdidier airfield, and during the previous hour an ammunition dump at Chateaudun was to be attacked by Mosquitoes.

These raids had to be carried out in moonlight, the three quarter moon being up all night. Cloudless conditions and a strong N.W. wind were expected, and the route taken to the target was the shortest possible from the coast, [deleted word], Dieppe, Le Treport, past Poix and Compiegne,

turning S.S.W., when west of Chalons. North Westerly route home would have involved flying against the wind and very near Paris. Therefore a longer route back was followed, south of Paris and Chartres, and regaining the coast west of Caen. Most of this route was flown below 13,000ft and often as low as 5,000ft. The attack was successfully carried out, but at a cost, unusually high for a French target, of 42 heavy bombers and two supporting aircraft, while four were lost against Mondidier. No trouble was met in crossing the coast, though near Poix the defence belt seemed to have been extended southwards. The enemy seems to have expected a penetration into Germany on finding the bombers flying so deeply into France to the east of Paris, and he made certain tactical preparations to meet this contingency, the likelihood of which was enhanced by the Mosquitoes going to Ludwigshafen.

4 JD reacted in fairly strong numbers to the Mailly raid, aircraft of NJG 4 and 1 arriving rather late on the route over the last 50 miles to [deleted word] target, though no aircraft appear to have been lost until the bombers began to turn south near Epernay. The first encounter resulted in four claims by our aircraft but the tale then altered. Owing to difficulties outside the scope of this report to discuss, although the marking began on time the main force did not receive their instructions to bomb until some time elapsed and part of this large force assembled at a datum point where the enemy aircraft were able to catch up with them and harry them in the moonlight.

The attack should have been on from 2356 to 0025 hrs lasted a further 19 minutes, and during this time most of the combats and losses are reported to have taken place. Certainly all but two of the combats occurred after 0024 hrs, and though a dozen aircraft were said in one report to have been shot down earlier, most of the observations relate to the period after 0024 hrs. It is suggested that half the losses occurred over the target and the remainder on the westward run from Troyes to Etampes. A few aircraft seen to fall between Chartres and the coast were all unaccountable losses, possibly due to trouble earlier. Losses to flak are possible over the target, where the defences expected from a military concentration increased as the attack progressed; and also in the areas of Romilly, Fontainebleu, and Chartres.

Twice the enemy described our aircraft as "circling", and though the second instance was probably orbitting [sic] late at the datum point, no explanation is available why our bombers should be circling near Beauvais -70 miles short of the target.

More twin-engined than single-engined aircraft were encountered in the period from 2350 hrs onwards it is suggested that 23 aircraft were lost to fighters, seven to flak, and twelve to unknown causes, to which fighters could be expected to have contributed principally.