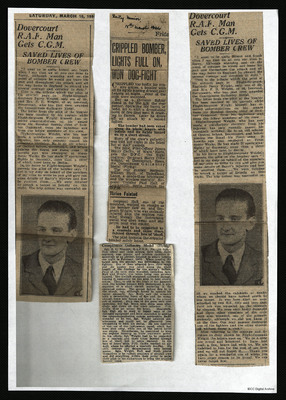 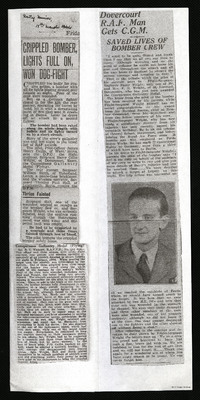 Left - Dovercourt Man gets GCM - part of cutting also on the right side.

Right - Dovecourt man gets CGM, saved lives of bomber crew, Tribute to Barry Wright who had now recovered from wounds and gives biographic details and account of action. Includes head and shoulders portrait of Barry Wright.