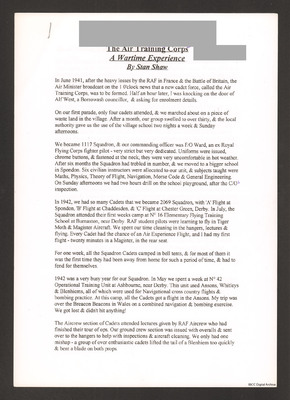 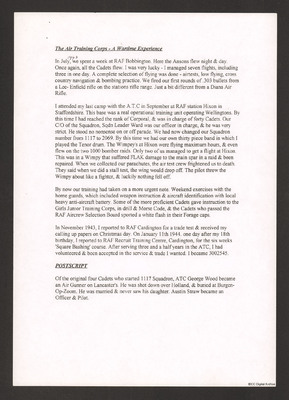 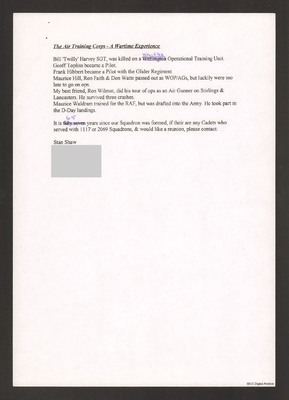 His story begins in June 1941 when the Air Minister broadcast that a new cadet force was to be set up. Stan joined immediately. Initially they marched then received training in relevant subjects - Maths, Physics, Theory of Flight, Navigation, Morse and General Engineering. Flights in Magisters and Ansons followed. Camps at training airfields were organised, allowing further flights including Wellingtons. He served 3 1/2 years in the ATC then joined up. He lists the fates of his fellow cadets.