37 items. An oral history interview with Stanley Shaw (3002545 Royal Air Force) Photographs, documents and his log book. He served with a Repair and Salvage Unit and attended many crashes. He later served in North Africa and the Middle East.
The collection also contains two photograph albums; one of his RAF service and one of his time in a cycle club.

Stan Shaw in a Varsity 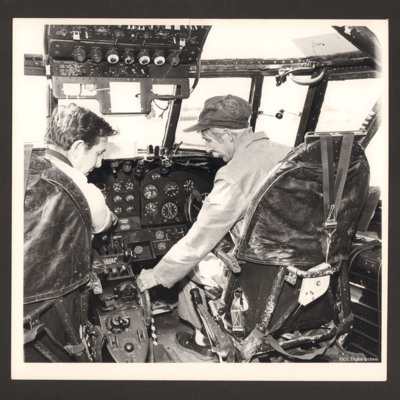 A cockpit view of Stan in the right seat and another man in the left seat of a Varsity. On the reverse 'Running Up Varsity Aeropark. EMA [East Midlands Airport]'. 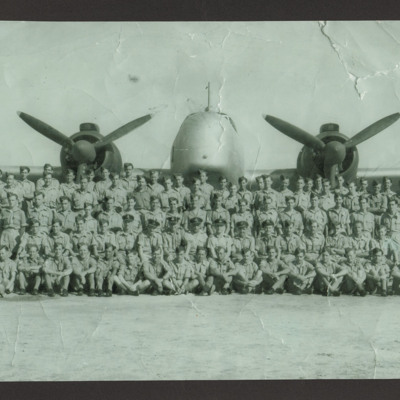 A group of airmen and ground crew arranged in four rows in front of a Wellington with a fared over nose. On the reverse 'Comm Flight Khormaskar Aden Command March 1946-March 1947'
A post-it shows an engine and propeller with a star and 'Stanley Shaw…

Three copies of photographs of a Lancaster being recovered. It is annotated 'Aircraft No ME476 Coded TV No 1660 HCU (Heavy Conversion Unit) Swinderby Lincs 550 Sqdn Feb 45 5 MU SOC Feb 46'. On the reverse is an address of The Dalesman Pub Co Lts'… 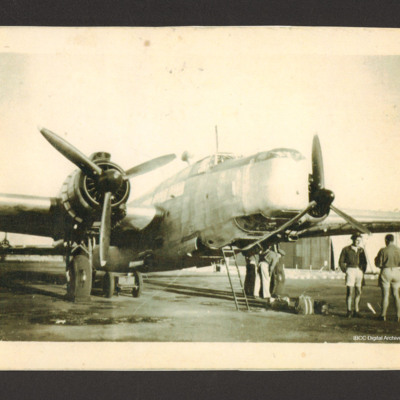 A Wellington with a fared over nose being inspected by two airmen. Two more airmen are in discussion on the right. The main wheels appear damaged. On the reverse 'Asmara. Eritrea. Pre-flight Inspection'. 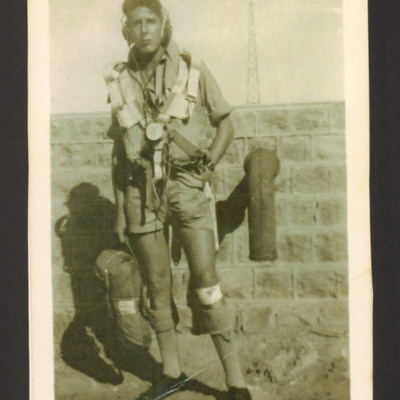 An airman in tropical khaki and shorts with parachute, standing by a stone wall. On the reverse 'Flight Mech. Airframe (Flight Crew)'. 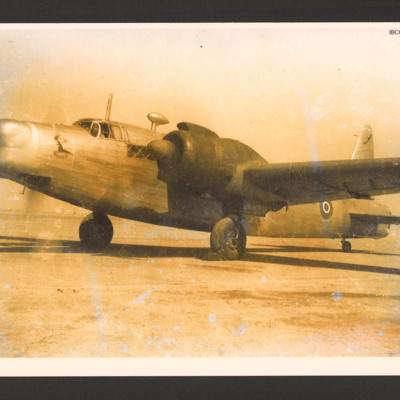 A port side view of a Wellington on the ground with its engines running. The front turret is fared over. 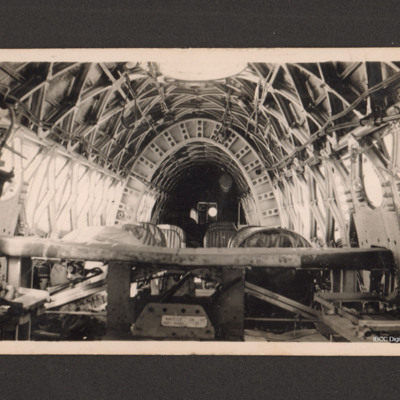 Inside a Wellington showing the geodesic construction. Seats have been added down the fuselage. On the reverse 'Interior of Wellington 423 fuselage, taken from the main spar. Aden Sept. 1947'. 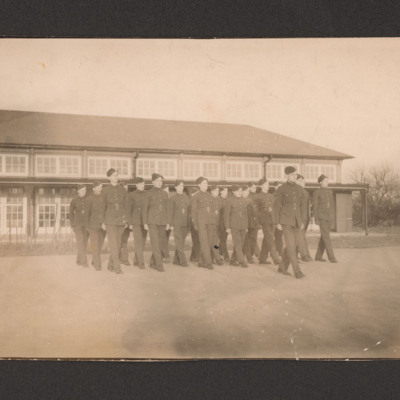 20 Air Training Corps cadets marching in front of their school. On the reverse 'Springfield School 1943'. 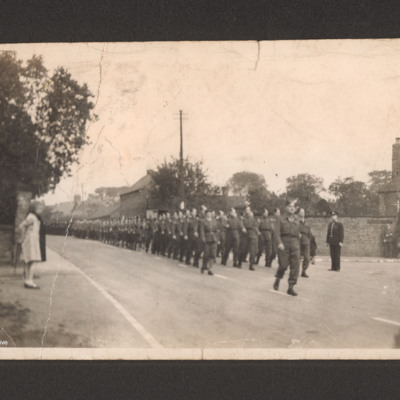 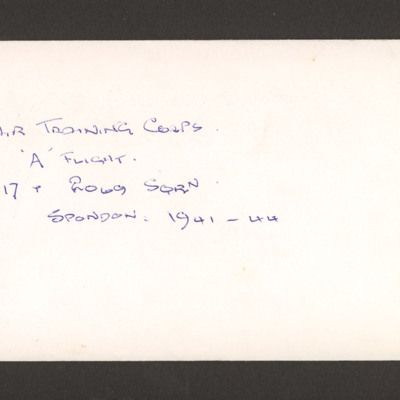 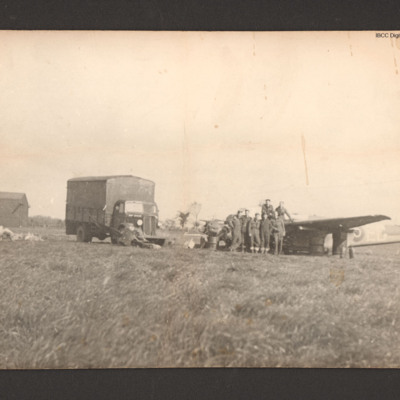 A crashed Mosquito being recovered by Stan's team. Seven ground crew are posed at the front of the aircraft. Their lorry is parked at the front. On the reverse 'Mosquito Crash Swannington 1944-45 No 9 Salvage Party 54 M.U. R & S'.
In a second image… 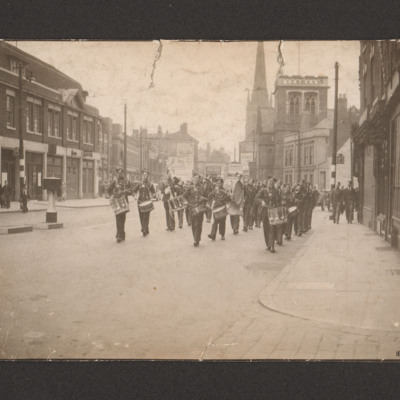 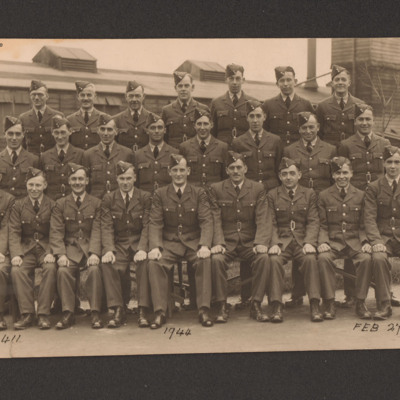 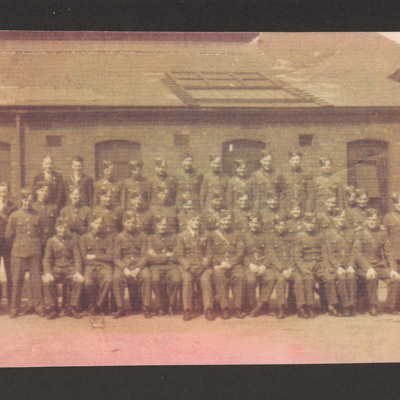 A group photo of the 2069 Air Training Cadet squadron. Stan is back row, sixth from left.
On the reverse the men are named.
A second identical but slightly better quality image is included. On the reverse of this is 'Original photo 42-43'
A third…

Half length portrait of Stan in blazer standing beside a Wellington. 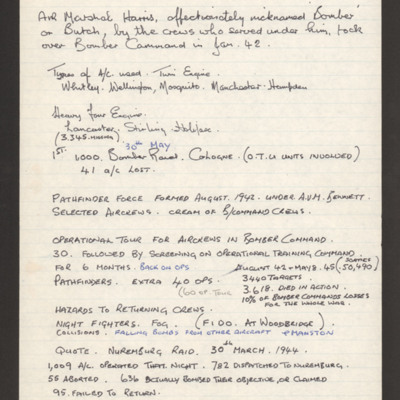 A brief description of Stan's time at 54 Maintenance Unit. 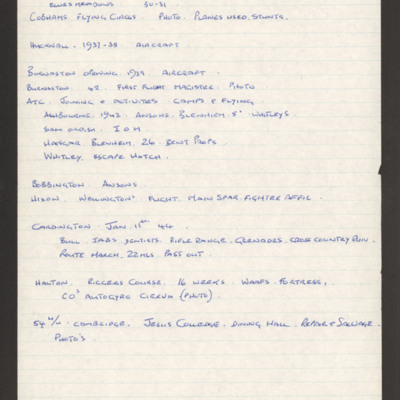 A page from Stan's memoirs starting with the airship R101, Cobham's Flying Circus, Air Training Corps, glimpses of his service activities then ending with the 54 Maintenance Unit. 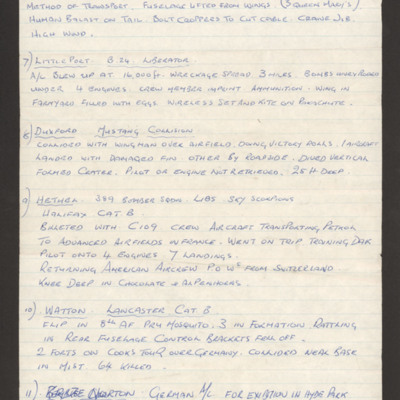 A list of seven aircraft recovered by Stan Shaw and his team. 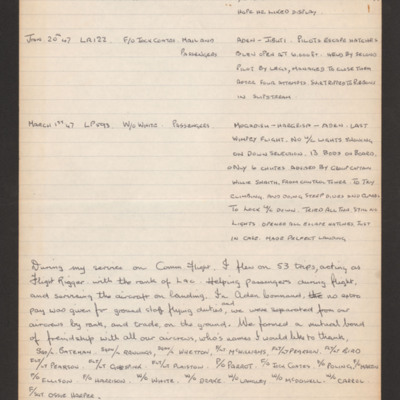 A detailed description of three flights undertaken in 1947 . Stan flew on 53 trips as a flight engineer. He names some of his colleagues and mentions they never had a crash between March 46 and March 47.

A document listing the activities of the Maintenance Unit Repair and Salvage unit. It describes the recovery of damaged aircraft which could be rebuilt and returned to service. The make up of the team is described.

Aircraft Recovered by No 9 Party, 54 MU 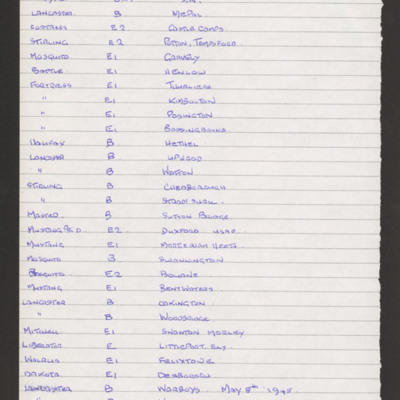 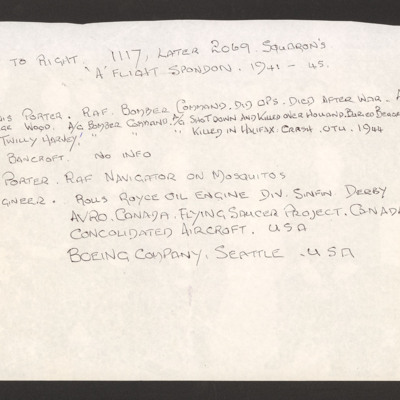 A list of five cadet members and their fates.

Postponement of Calling up for Service 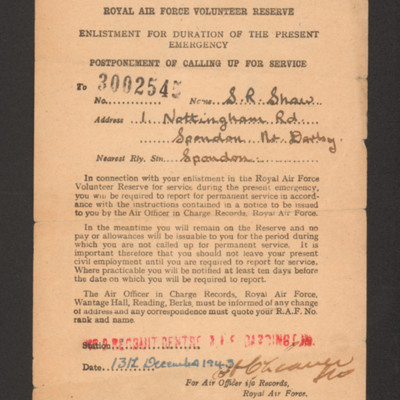 A document issued to Stan Shaw by the RAF Volunteer Reserve. It postpones Stan's calling up. 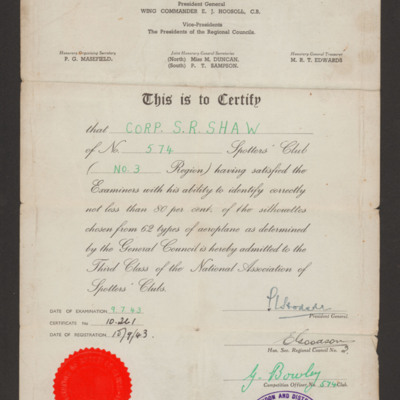 A certificate issued to Stan by the National Association of Spotters' Clubs.
View all 146 items