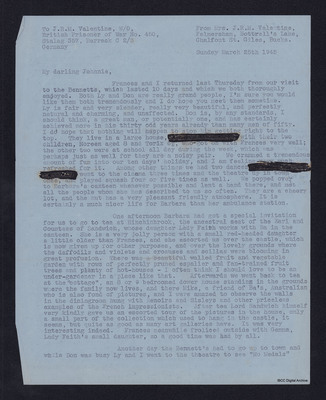 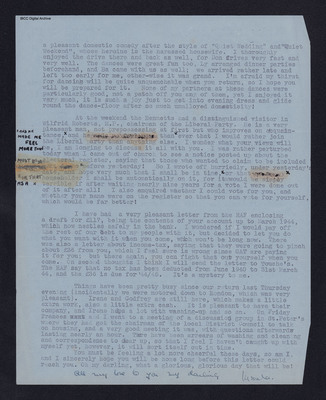 Reports on arrival back from a 10 day visit and describes couple they stayed with as well as activities undertaken. Mentions meeting the daughter of Earl and Countess of Sandwich at Hinchinbrook [sic]. Writes of going to the theatre, a dance, of meeting Wilfred Roberts M.P. and her thoughts on joining the Liberal party. Mentions receiving letter from the RAF concerning his account and other financial matters. Concludes with activities since returning home.