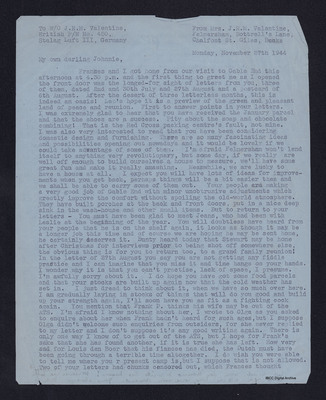 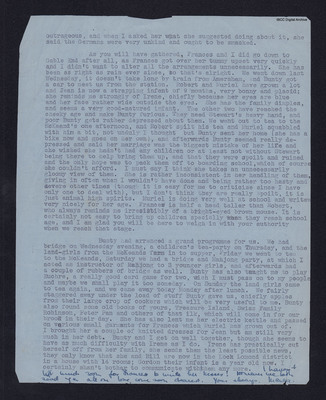 Reports arrival of three letters posted July and August as well as a postcard after a 3 month gap with nothing from him. Answers points raised in his letters. Continues with news of his parents building efforts on their house and catches up with news of other acquaintances. Writes of daughter getting over illness and visit to his parents and family and activities there. .