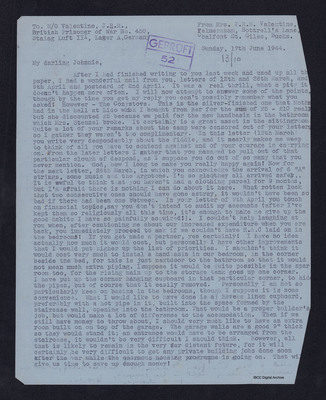 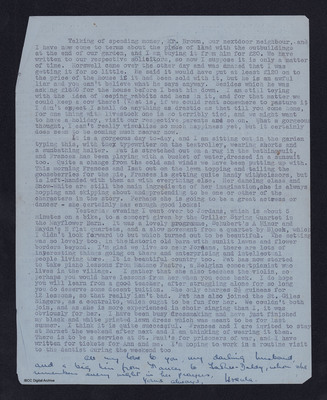 Reports arrival of several letters and postcard and attempts to answer all his questions and future plans for the house. Mentions buying adjacent plot of land getting it at a very good price and possibility of keeping rabbits. Continues with description of days activities and going to a concert locally and lodger taking piano lessons, Concludes with new that she and daughter have been invited to stay with friends.