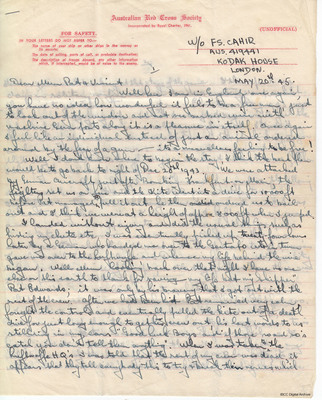 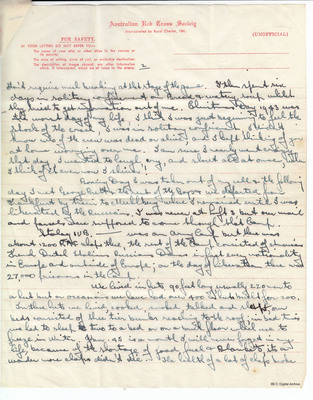 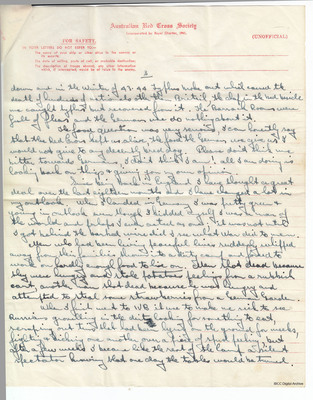 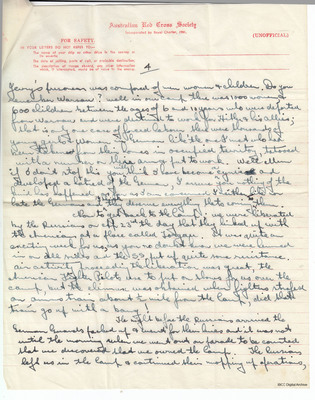 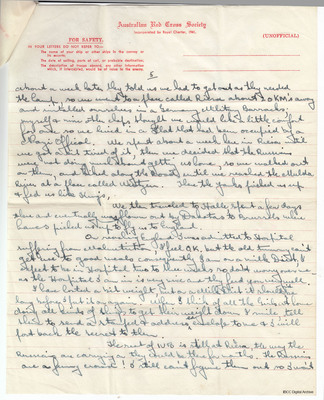 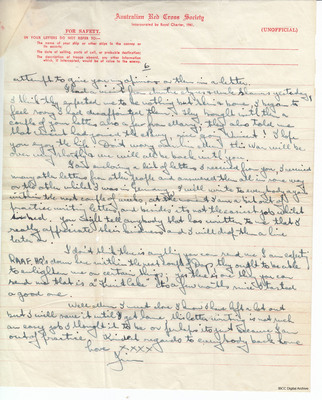 Letter from Warrant Officer Cahir to his mother and brothers. He writes about his capture in Germany after his aircraft was shot down on December 20th 1943 and subsequent capture. He goes on to describe the conditions he was kept in at Stalag IVB until his liberation on April 23rd 1945 where, after leaving the Camp and travelling to Wutzen, he was picked up by American Forces and flown back to England where he was now in hospital recovering from malnutrition.