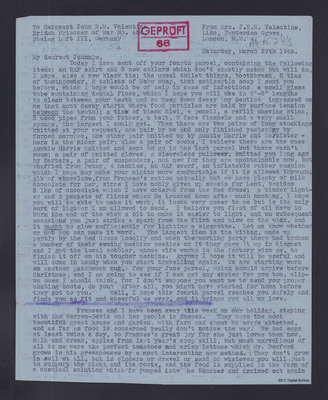 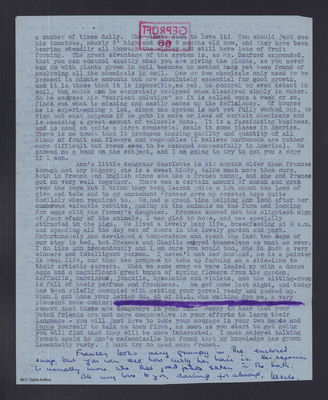 Writes that she has sent forth parcel and provides a long list and description of contents. Continues with news of holiday in Sussex describing availability of food from farm and new farming methods for tomatoes and lettuces. Goes on to describe their host's daughter and her interaction with Frances as well as other activities.