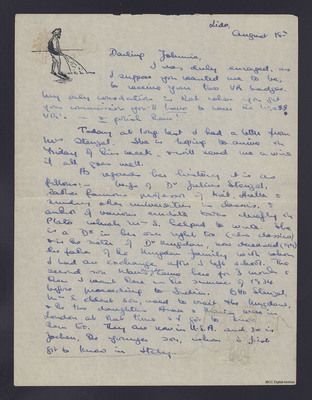 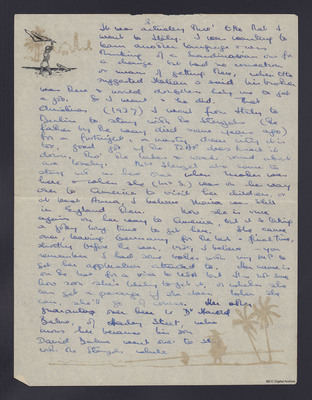 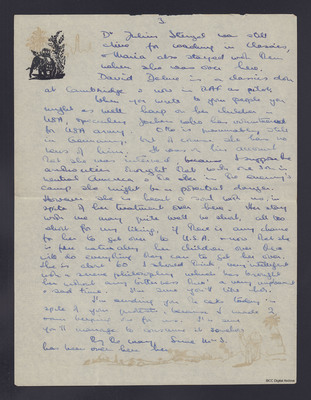 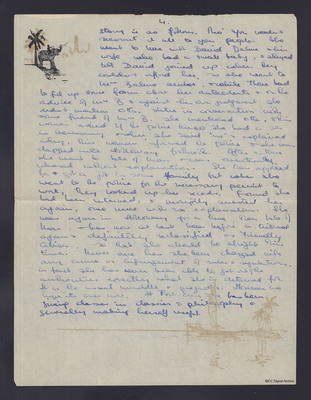 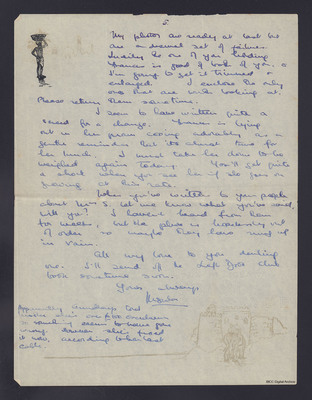 She writes a long family history about her involvement with German friend Mrs Stenzel who was on her way to the united States through the UK but was interned in Holloway and then the Isle of Man as she had a son still living in Germany. She was then reclassified after a tribunal as a friendly alien and released. Writes about photographs and baby Frances.