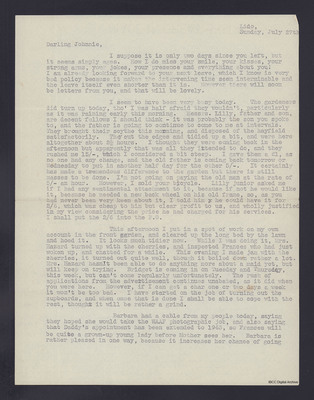 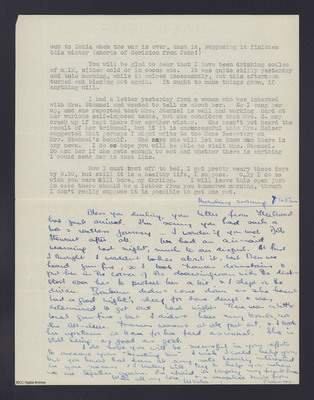 Writes she is sad he has left but looking forward to his next leave. Mentions gardeners and other activities as well as catching up with news and gossip. Writes of Ba's prospective Woman's Auxiliary Air Force photographers job and other family news. Mentions and woman who is interned. In addendum thanks him for letter and mentions air raid warning, gun fire and protective measures taken.